The Green Party of Colorado has been acting outside of its bylaws for the past two years. The state party held its 2018 state nominating convention in Boulder County without the involvement or participation of the Greater Boulder Green Party, the Jefferson County Green Party, or the Douglass County Green Party.

The Greater Boulder Green Party voted by consensus to support the nomination of a slate of “Green Values Coalition” write-in candidates for all seven of Colorado’s US House of Representative seats. Candidates for this slate must agree to embrace the “Ten Key Values” of the Green Party of the United States.

Our candidates will not appear on the ballot, however you can write in the candidate for your district on your ballot for Colorado Representative to the U. S. House of Representatives.

With your support, we can create a groundswell of support for true green candidates and beliefs.  We can further hold the Green Party of Colorado accountable to the violations of values they claim to abhor in the major parties.

Each candidate is listed below and has a sub-page on this website. 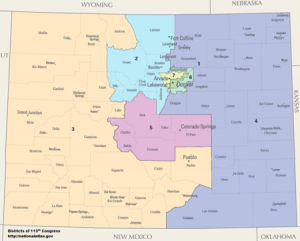