Of all the pressing problems we face these days, two really stand out.  One is the unconscionable wealth gap; and the other is global warming.  The solutions to both are intertwined.  At the core is Money supply: central banks nearly world-wide print money out of thin air, then charge interest to the world.  This is the underlying cause of the wealth gap.  The solution: governments print money and spend it into the economy interest-free on projects and services at the level that maintains full and healthy employment at good wages.  The money then circulates in the economy as a medium of exchange – its true purpose.  Taxes become a small fraction of what they are today if they are needed at all.  The services include full health care, transportation, retirement, and all the services that a government should provide.

Money supply is intertwined with solving global warming because we will need essentially all hands on deck to adapt to the coming disasters.  We will need access to money, and labor is money in a properly functioning society.  The use of fossil fuels needs to be drastically curtailed in very short order to slow the acceleration of earth’s warming.  However, so many tipping points have passed that we can no longer prevent some pretty serious consequences.  We will need to adapt.  We will need to find safe technologies to pull CO2 from the atmosphere.  Fortunately we do NOT need nuclear power.  Renewable energy technologies are more than adequate,  and nuclear power carries with it many unacceptable risks and environmentally destructive side effects.  We will also need to accelerate the development and deployment of indoor agriculture.  The increasing severity and alternation of both droughts and floods is making outdoor agriculture more and more risky.  Every building may need to allocate some space to something similar to hydroponics just to provide enough food for the planet’s huge population.

There are so many problems and issues in the world today that it is not possible to cover even a reasonable number of them on a campaign website.  We can give a feel for the kinds of issues that we consider important and the kinds of values we will use to approach controversial issues.

A sample of green and local issues are summarized on the Green Values Coalition common issues page.

A wide variety of Green Issues are discussed in the Green Party Platform.

This campaign gives added emphasis to:

Cleaning up the environment

Research, education, and regulation to avoid and limit pollution of the environment

Treating all people as equals, especially when we disagree

Allow for a reasonable level of capitalism.  Face it, some people are motivated by money, and everyone needs to be motivated.  But keep it real.  Does anyone really need 1,000 pairs of jeans?  A billion dollars when average income is maybe $50,000 or less?

Include a sufficient dose of socialism.  We are each other’s keepers, and no – religious “charity” is not a solution.  People need dignity, and dignity is lost in charity.

Immigration is a tough one, particularly if you understand that the planet is already over-populated.  Who wants to simply export problems to other countries?

First and foremost, treat everyone with dignity.  Immigrants are not our enemy – they too are victims.

Second, and essential, eliminate the use of central banks as a means to extract wealth from just about everyone and give it to the already uber-wealthy.  Solve the problem of money supply and so many other issues become solvable.

Support the work of Move To Amend.  Clearly money is not speech and corporations are not people.  This is the best way to get big money out of politics.

Note:  this is a work in progress – it will never be complete, nor can it be in a changing world with so many problems to solve. 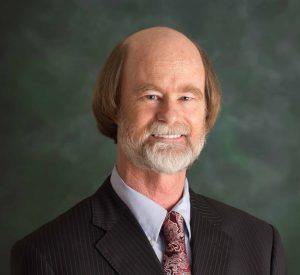 Michael has been the Adams-Jefferson County Chairperson starting in 2012 and the Jefferson County Chairperson starting in 2017 (6-1/2 years total).  He is an engineer who specializes in low energy systems for buildings.  He was the host committee chair for Greenbuild 2006 (the 14,000 attendee 2006 annual conference of the US Green Building Council).  An environmentalist and advocate of green values since 1970, he has many long-held beliefs.  Foremost are concerns for people, the planet, and a just and equitable society for everyone.

It seems like every website service and every big corporation has terms and conditions that we have to agree to even though we had no hand in their drafting, and the so-called “free market” does NOT provide any alternatives.  The only “option” is to not have such services as a cell phone, Internet access, credit cards, and so on.  These one-sided agreements need to be outlawed and replaced with standard conditions that are drafted by a diverse committee including at least an equal number of consumers who do not stand to gain from investments or other ties to the corporation.

The current “so-called el-presidente” is a stark example of how wealthy individuals and corporations can take advantage or ordinary citizens.  He can afford attorneys and most of us cannot.  So all he has to do to “win” is run up a few legal costs and the opposition has no choice but to settle.  In his case, he is reported to simply not pay his contractors and sub-contractors and lets them sue, which of course they can’t afford long enough to prevail.

The legal system is set up that way and getting worse as the wealthy pay for laws that make even class-action lawsuits more difficult or even illegal.  If you can’t afford attorneys, it matters not whether you are right.

Fixing this won’t be easy.  It will take a substantial re-work of the legal system.  One possibility is a transaction fee that goes into a fund to finance the legal system.  All sides are then given equal access including legal representation (attorneys).  Some changes to the constitution may be needed in order to limit the amount of money that the wealthy can throw at a case.  Time limits are also needed.  For relatively simple cases to drag on for years is itself a mis-carriage of justice.

The issue of the size and use of the military is one of those issues where we will simply have to discuss, recognize each other’s valid concerns, and compromise.  Greens attract a diverse mix of viewpoints from some Libertarian leanings through the full “left” spectrum.  In a world where corporations have more power than governments, there will be a strong and legitimate feeling that a military force is necessary.

So let’s have a discussion about the appropriate size of the military, where it should be deployed, and how it should and should not be used.

We can make sure our military, if/when it is used, uses its power in a manner that reflects our aspirational values.  For starters, no torture, period.

We can also develop a non-military force for reaction to and assistance when disasters occur.  In our warming world, these are becoming more and more common and more severe.